So many of us focus on cars and motorbikes but forget about the many other aspects of detailing. One that my company specialises in is helicopters.

Whilst it may not strike you as important, since surely there's no road grime in the air, the battering that these flying monstrosities take from bug splatter and exhaust soot can really take its toll on an aircraft's paintwork.

So what better way to look after it and keep it looking at its best than a Protection Detail! Using aviation-specific products and knowing the helicopter you are working on, is paramount since covering tubes or sensors could lead to serious problems for a pilot.

The Western Power Eurocopter EC135 shown here, spends most of its days at low-level high-power hover, or  flying to its destination at around 150mph to inspect power lines and pylons for defects.

Because of the low-level flight, bug splatter across the front of the aircraft is unavoidable, and the high-powered manoeuvres involved in the inspections make the exhaust produce a lot of carbon which deposits itself on the yellow tail.

In this instance, we used an American product originally designed for the aircraft market but which has since made the leap into automotive protection although it is not well known in the UK.

Following a light machine polish to prime the surface and remove any light defects, the sealant was applied by hand to all of the painted surfaces and left to cure.

Even though the windscreens are made of Perspex, they really benefit from a coating of sealant which not only reduces wiper usage but also aids cleaning of those little dead creepy-crawlies. All told, a stunning result and one which will be far easier to maintain than a naked paint job. 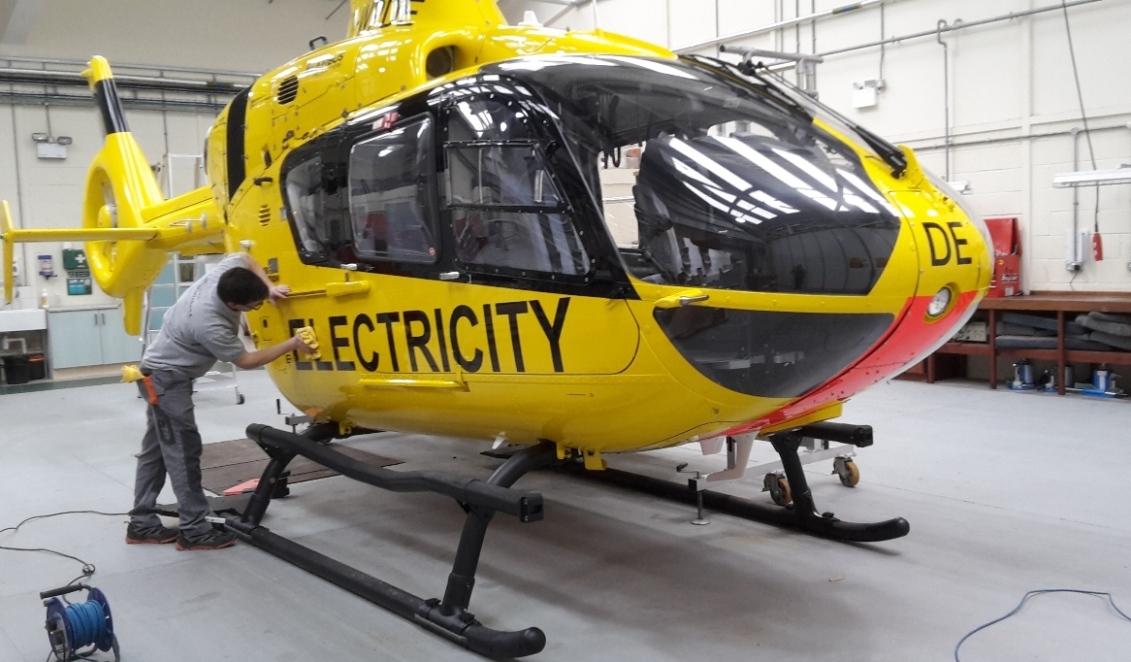 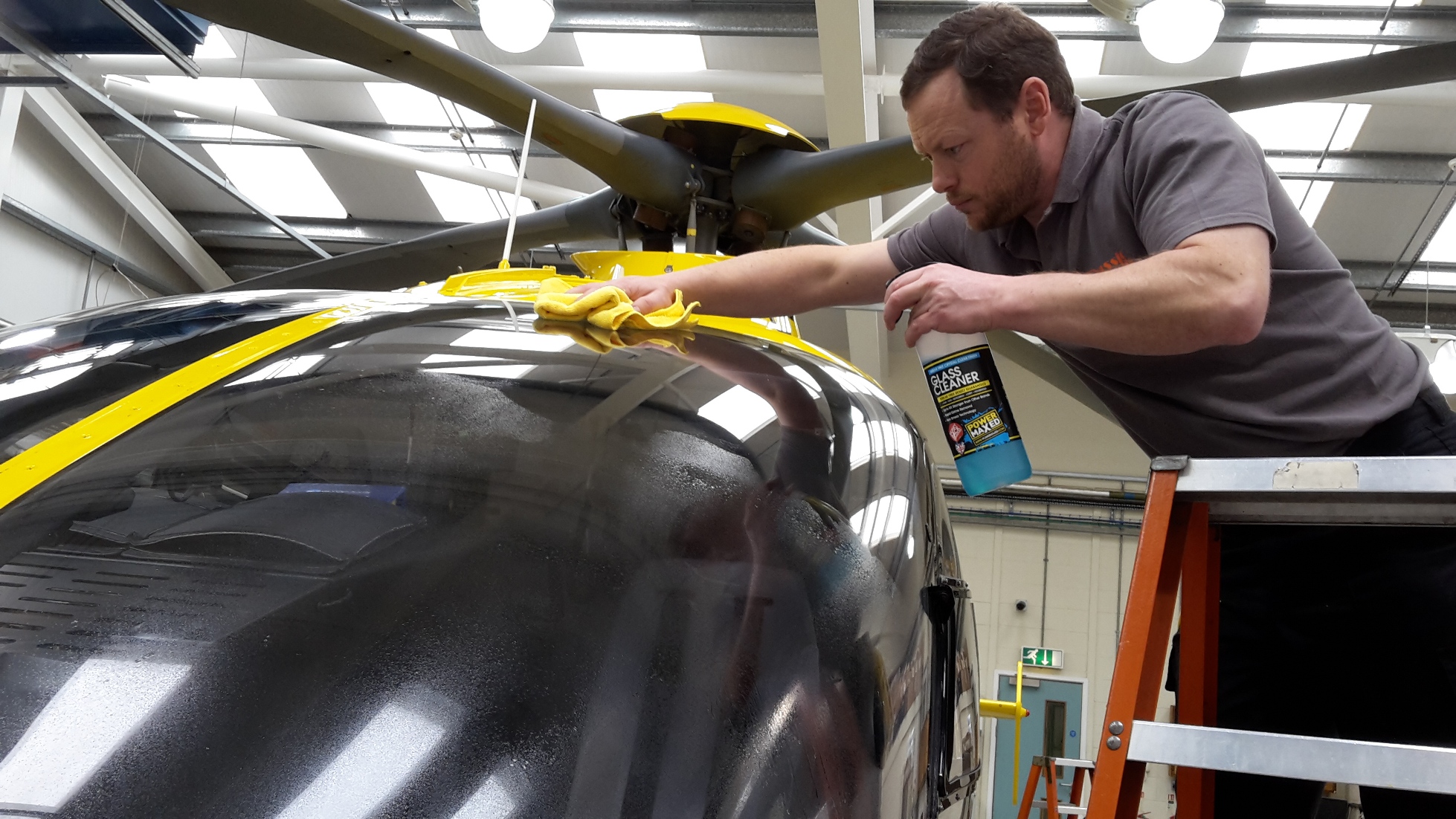